The performing arts as a social transformation tool. . 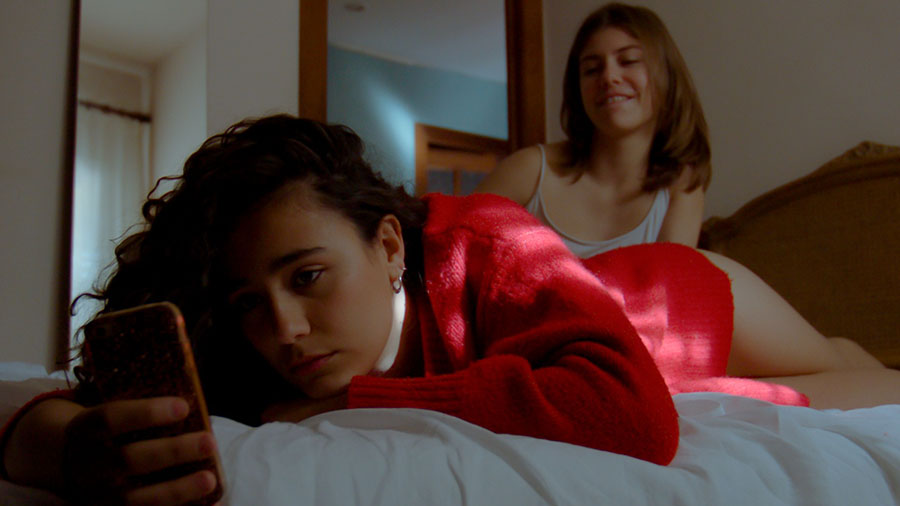 My name is Maria Cambil and I am an artist… I do theatre… Well, I do many things: I work as an actress, playwright, director, assistant director, producer, educator… I studied Performing Arts at the ERAM University School and before dedicating myself to theatre, I have worked as an educator specialized in theatre teaching and in theatre as a tool for social transformation.

As a performer, I highlight having acted in Anomalía y Excepción (2021 – 2022); having played one of the main characters in Al llindar de l’oblit by Eironeia Produccions (2021) (dir. Joan Solana); among other projects within the university field such as making Antigone, Antigone by Jean Anouilh in (2018) (dir. Sílvia Escuder), among others. Currently as an actress I work with the company La Nave Va that performs social theatre for young people from all over the province of Girona.

As assistant director I have worked with Carla Rovira on L’Amansi(pa)ment de les Fúries at La Villarroel (2022); with Clàudia Cedó on Els Àngels no tenen fills (2021); and with Llàtzer Garcia in La meva violència (2021) and with the directing assistance of Els somnàmbuls (2019) by the same director.

I wrote, directed and produced Anomalía y Excepción (2021) of which you can read a review in Novaveu by Dolça Alcanyís and another by Oriol Osan al Núvol from when we were at the Zeta Festival 2022 (next performance on January 21st , at la Gorga theater in Palamós); I have directed and produced Mujeres de paja (2022), by Fran Puche, with the next performance on March 4th , at the Teatre Ateneu in Celrà. I am currently adapting in monologue format the novel One, no one and a hundred thousand by Luigi Pirandello, which I will interpret and I am also carrying out the production, in collaboration with Edicions de la Ela Geminada and the support of The Eleven House (you can see a work in progress on the 27th, 28th and 29th of December at The Eleven House).

As an educator, I have worked in different projects as a theater teacher, such as Escenaris Especials and ERAM Zeta; however, I have undertaked (Artcrítics (2017), Repercussion (2018)) and worked (La Pauleca (2016-2019), La Nave Va (2022) in different community projects and/or that use performing arts as a tool for social transformation.